The Minister of Education and Science, Przemysław Czarnek, confirmed the grant for 6 million PLN during his visit to Poznan. “I confirm and I sincerely congratulate the Rector”.

The establishment of the Artificial Intelligence and Cybersecurity Centre was the subject of numerous meetings. Rector of the Poznan University of Technology, prof. Teofil Jesionowski has repeatedly argued that the aim of the centre will be to develop the potential of the Polish academic community and other public institutions in the field of artificial intelligence and cybersecurity.

What is behind it? Building a unique AI and CS infrastructure, within which Poland would be the leader of Central and Eastern Europe with the possibility of influencing the whole of Europe, in particular, the Three Seas region, the Balkans and other regions.

Establishing the centre is also an opportunity to increase the competitiveness of Polish science in the international arena and to popularize and develop artificial intelligence in solving issues in the following fields: medicine, security, engineering, economic analytics, industry, trade, and services. The Minister of Education and Science was a guest of the plenary assembly of the Conference of Rectors of Polish Technical Universities, hosted by the Poznan University of Technology. 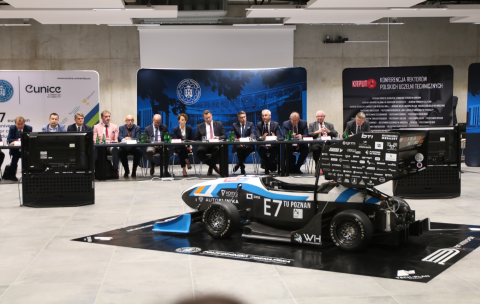